Parking lot and Resort Closure November 29 - December 9! During this time please DO NOT park on the road outside of designated parking areas and no parking in signed avalanche areas

Mother Nature is reminding us that she’s not done with ski season yet. And, since good children always listen to their mother, we’ll follow her wise example: We’re not done with ski season, either. You may be starting to catch yourself looking longingly at your bike, but think back: Wasn’t it just a few months back that you were doing the same with your skis, chomping at the bit to get them out on even the first brushes of snow?

Besides, it’s crazy good right now; we’re being blessed with a base that Mother Nature is still adding to. The recent March storm that hit our corner of the Kootenays provided “one of the best days of the season,” as described by my boyfriend. He’s usually pretty reserved about these things, not much of the kind that recaps the glories of a ski day. But this time he didn’t even try to contain himself. It took him just the amount of time between walking inside to sitting down to dive into an enthusiastic description. “It’s 35cm-type fun out there,” he said. “It’s deep; there’s some whiterooming going on.” Anywhere else, this would have been a mid-winter description; not a “the-end-of-the-season-is-nigh” kind of ski day. But such is Whitewater: The season here keeps on going—and the loyal locals do, too. Even now, a couple of days past that last storm, people are getting solid lines both inbounds and up on our beloved Ymir Peak. They’re meeting for apres to share photos with each other and with anyone else who will take the time to look. With all this snow, it’s enough to drive a twinge of doubt that such a good season will be leaving us soon.

But it will be, dear skiers and riders. So, because of all the love Mother Nature has shown us by keeping us so well-stocked on our supply of snow this season, show her some love in return: Keep those skis and boards waxed and tuned, then get up to the mountain and hang with your Mother. Go soak up this snow-filled season to its very last.

Think of this as a gentle reminder to live in the present, a reminder to capture all the goodness that these last few weeks of Whitewater has to offer: a ride to the top of terrain filled with snow. Once the lifts stop spinning, your only choice will be to hoof it uphill. And while that’s a solid experience in itself, the option to just enjoy a ride to the summit won’t be available much longer. Whitewater friends, make the most of the sun and snow-filled days of March. Soon enough, deep summer will be upon us and you’ll be longing for your skis again. 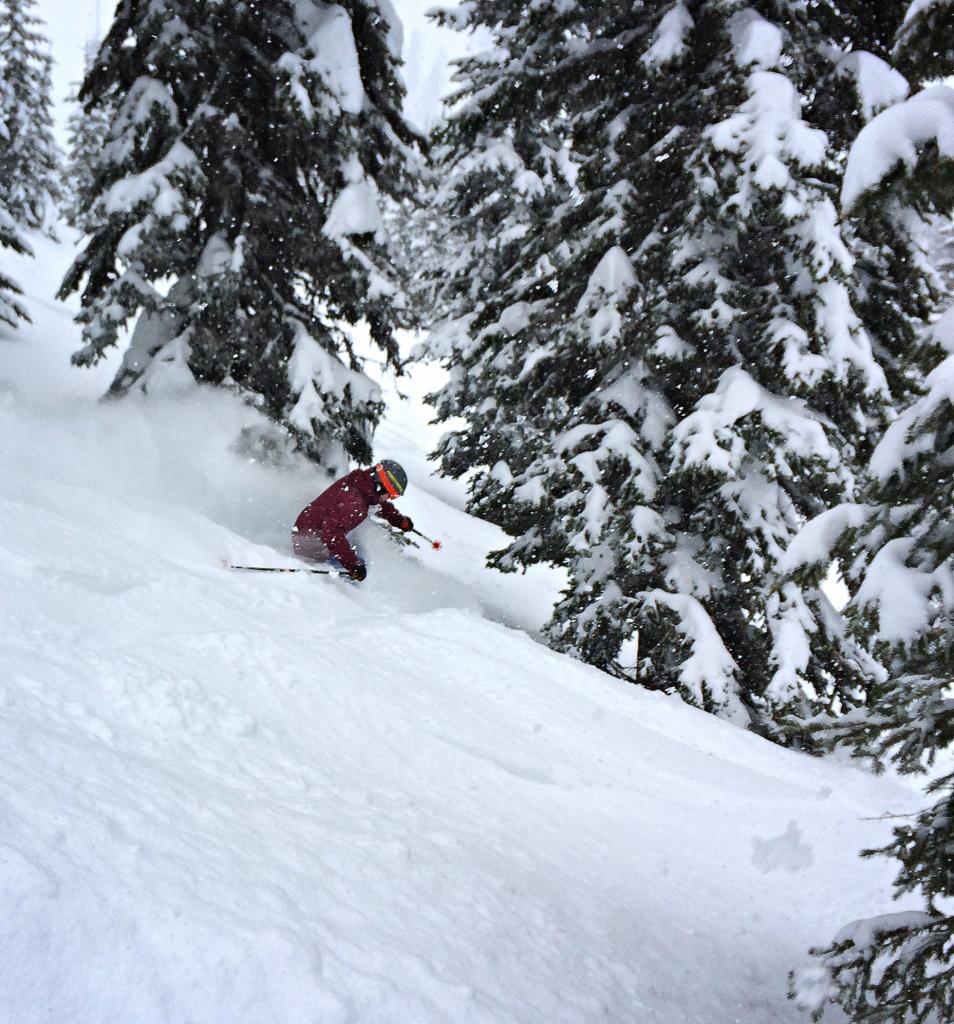